Today there is a planned confrontation (street brawl?) in Portland.

Oath Keepers have made a statement.

This is a time for discipline.

Public Notice:  Oath Keepers Will NOT be Participating in the August 17, 2019 “End Domestic Terrorism” Rally in Portland, OR

I wish I didn’t have to do this, but it must be done. I must make it clear that Oath Keepers will not be participating in the “End Domestic Terrorism” rally scheduled for this Saturday, August 17, 2019, which is being organized by Joe Biggs and the Proud Boys.

I must also make it clear that Oath Keepers is NOT an organizer of this event, as has been erroneously reported by some media outlets. This event is being organized by Joe Biggs and the Proud Boys, not Oath Keepers. Oath Keepers was invited to attend, but we will not be attending.

We fully support free speech, and we fully agree that Antifa is a domestic terrorist organization that uses force and the threatened use of force to intimidate, silence, and suppress the free speech of Americans.   However, we cannot participate in this event for the following reasons:

Second, we have a considerable number of active duty military and police in our membership who cannot knowingly associate with racists and we owe it to them to be diligent in avoiding participating in any event where white nationalists will not be actively,  stringently excluded.

Third, the left in this nation is desperate to paint all conservatives and, especially, all Trump supporters as “white nationalists” to the point of absurdity. Allowing any actual white nationalists into an event where attendees are encouraged to bring Trump flags as well as American flags would be a grave mistake and does no favors to either President Trump or to the broader conservative cause. Conservatives, libertarians, and Trump supporters must be diligent about making sure the events they organize exclude white nationalists who want the same thing the left wants – to paint the false impression that we agree with their racist, collectivist, anti-constitution agenda (which is exactly why CNN loves to give airtime to the white nationalist troll Richard Spencer, as he desperately tries to tie his Neo-Nazi agenda to Trump).

A closely related problem is that the organizers have not secured a permit for exclusive use of the Waterfront Park where they will be holding the rally this Saturday in Portland.  Yes, they still have a right to free speech, but one of the advantages of securing a permit to use a public space for a particular time is that it allows you to exclude others from using that same space at that time, such as excluding known or suspected white nationalists.

We saw the problems a lack of a permit can bring when we helped to protect a free speech event in Berkeley, CA in April, 2017. That was an un-permitted event, and because the event organizers had not secured a permit for exclusive use of the MLK park, they could not exclude the white nationalists group Identity Evropa from entering the park.   Identity Evropa promptly placed themselves and their anti-Semitic, racist signs front and center, facing off with Antifa.

I instructed those under our command in the event security element that under no circumstances were they to allow Identity Evropa to enter our security inner perimeter around the audience and the stage. I was willing to go to jail to prevent Identity Evropa from actually entering the audience for the event, but we could not kick them out of the park. And, of course, the media all focused their cameras on Identity Evropa. We were able to maintain some separation between them and the event we were securing, but it did give Identity Evropa the opportunity to attempt to co-opt the event for their own agenda.

For this event in Portland, in contrast to the April 2017 event in Berkeley, Oath Keepers is not in charge of the security element and, if we attended this Saturday, we would not be able to actively exclude suspected white nationalists as we did in Berkeley. As such, we cannot attend.

B.  Some of the past rhetoric, public statements, and memes/graphics posted online by the event organizer and by planned attendees expose those who attend the August 17 rally to possible civil and criminal law liability.

We understand the anger and frustration among patriots after watching the footage of the violent Antifa attack on Andy Ngo on June 29, 2019 and the horrific attack on two other patriots that same day. However, angry, undisciplined public statements  that can be construed as expressing an intent to come to Portland to seek out Antifa and engage them in street fights and to assault them, and memes posted online to that effect, or worse, do a disservice to anyone who wants to attend a free speech event in protest against Antifa terrorism and against the failure of Portland officials to secure the free speech rights of Americans.

Those angry statements cannot be undone, and despite the organizers and planned attendees subsequently dialing back on the rhetoric, those prior statements are already being used against them by their political opponents and by the leftist dominated media.   All of the angry videos,Twitter posts, and incriminating photos, etc by the organizer leading up to this rally have been preserved by Antifa and their supporters. Likewise for memes/graphics posted by planned attendees depicting violence against Antifa.

Further, those prior statements, videos, photos, and memes/graphics by the event organizer and other planned attendees potentially expose all attendees to possible prosecution using both an Oregon state “rioting” statute and a federal rioting statute that was used on some of the attendees of the disastrous Charlottesville “Unite the Right” rally in August, 2017 (which Oath Keepers also did NOT attend). Even though the vast majority of the planned attendees for the Portland rally this Saturday have no intention of initiating unlawful violence against Antifa, the prior statements of the event organizer, expressing his intent, can potentially be used against all attendees.

I share the frustrations many patriots feel about the obvious double standard of Antifa having free rein in Portland while patriots are under the microscope. But I cannot and will not expose Oath Keepers members to possible persecution/prosecution because of undisciplined statements made by others, however understandable the anger that prompted the undisciplined statements. Therefore, I must urge all Oath Keepers members to stay clear of this event in Portland on August 17, 2019.

C.  More Than Ever, This is a Time for Discipline and Professionalism

Because of their own actions, Antifa is currently on the ropes and is on the verge of being declared a domestic terrorist organization. Much has taken place since Joe Biggs first announced his intent to hold this rally.   First, on July 13, 2019, the self-identified Antifa terrorist Willem Van Spronsen used a rifle and Molotov cocktails to attack the ICE detention facility in Tacoma, WA.  Only by the grace of God was he not able to kill responding officers. Van Spronsen pointed his AR-15 at the officers, but it apparently malfunctioned, and he was shot and killed before he could fix that malfunction. He also failed in his attempt to ignite a 500 lb propane tank.  If he had been successful, it could have killed all the personnel and the detainees in the center. Thankfully he was an incompetent terrorist.

Since that attack, Antifa has lauded Van Spronsen as a martyr and an example to follow, and, in the graphics promoting their planned assault on the border in El Paso, Texas September 1-10, Antifa has openly threatened to kill CBP personnel.

And, of course, Antifa widely celebrated the July 12 illegal trespassing at the Aurora, CO ICE facility where protesters tore down the American flag, attempted to burn it, and in its place hoisted up the Mexican flagand also flew a defaced, upside down “blue lives matter” flag with “Abolish ICE” written on it in red.

And most recently, at 3am on August 13, 2019, shots were fired into the occupied ICE offices in San Antonio, Texas.

A maxim of warfare, expressed by Napoleon Bonaparte, is to “never interrupt your enemy when he is making a mistake.” Patriots, conservatives, Trump supporters, all need to be disciplined and let Antifa continue to show their true colors.  It would be counterproductive to engage in undisciplined activities (or in a rally who’s main organizer made undisciplined statements of intent) that can be construed by the media and politicians to paint patriots as the aggressors and Antifa as the victims.

Frankly, given the prior statements of Joe Biggs that will be used against all attendees of his rally, it would be best for the patriot/conservative cause if this August 17 rally were simply canceled. Those who want to protest the way Portland coddles Antifa should start over, with a clean slate, and then do so in a much more disciplined manner.

In addition to the above noted Antifa terrorism, after the mass shootings in California, El Paso, and Ohio, we are in a decidedly “kinetic” (guns and bombs) environment and we should expect Antifa to use even more deadly force as they go full “Weather Underground” in their revolutionary communist-terrorist trajectory. Expect it.

As such, Oath Keepers will be very disciplined about what events we participate in, and we are currently instructing our members to focus on publicly supporting and directly backing up ICE and CBP personnel in a disciplined, purely defensive posture, using only clearly lawful self defense and defense of others, and to focus on our upcoming operation in El Paso, TX where we will also be assisting in securing private property (including homes) against deadly threat by Antifa.

If the event organizers do continue on with their planned event this Saturday, we sincerely hope it goes off without a hitch and is peaceful and successful. But Oath Keepers will be focusing our resources elsewhere.

Whatever the outcome today, may I suggest to include this struggle in our prayers. Thy Kingdom Come. Thy Will Be Done. 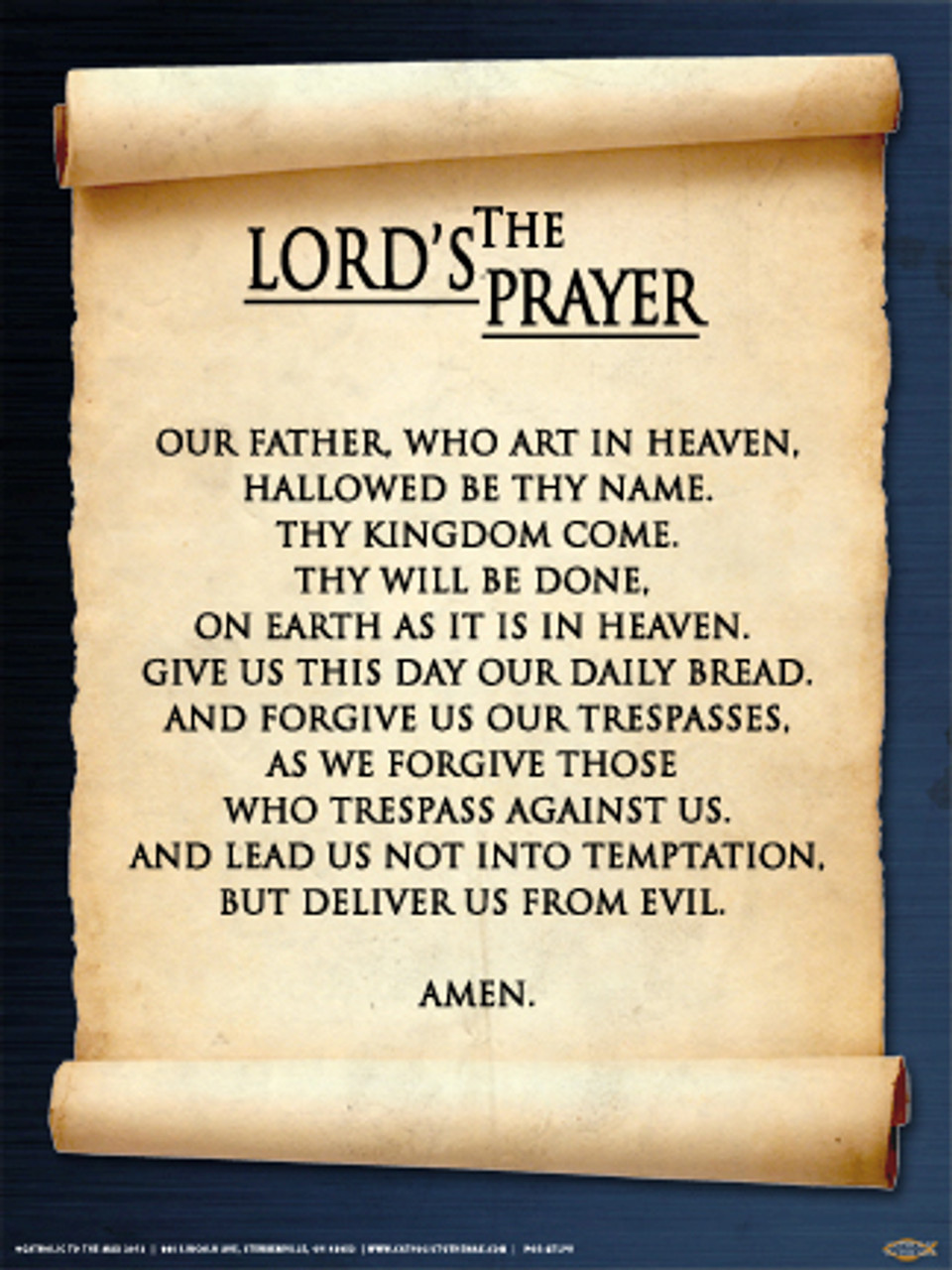 View all posts by thinkthinkthink

193 thoughts on “A Time for Discipline”