What an incredible ride it has been since DJT became our 45th President. Many of us have lost friends and relatives along the way that thought we were nuts to support PDJT. How could you support a misogynist, racist, liar, criminal etc. they would ask us. Yesterday was a wonderful day for PDJT, our country and us (the Deplorables). 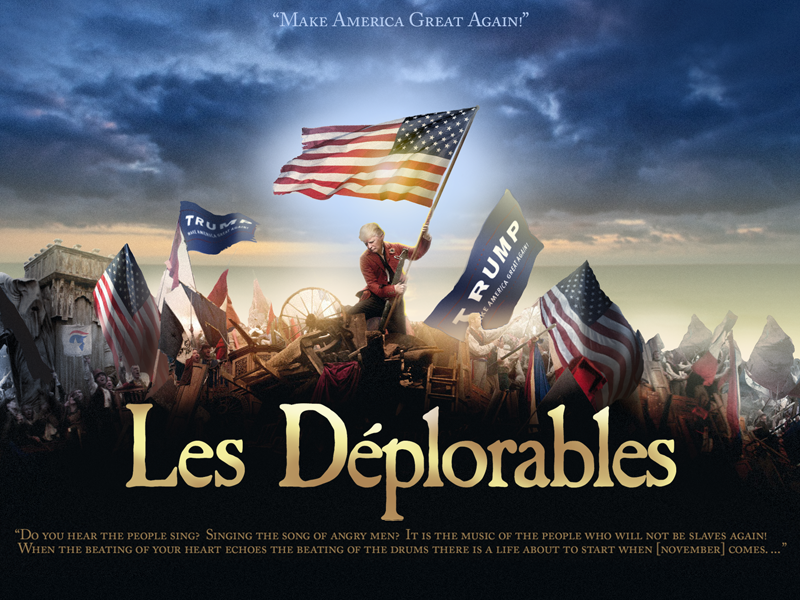 I was so happy this morning to read the tweet below from Donald Trump Jr.

While this was a great vindication for @realDonaldTrump & our family, it was an equally amazing day for all of his incredible supporters who stood by him faithfully despite a #fakenews media & Democrat onslaught the likes of which has never happened in our history. Thank you all!

I have said it and will continue to say it that we are blessed to be alive during the Presidency of DJT. Generations from now will wish they could have been alive to witness it.

The Earth is 4.5 Billion years old

The average human lifespan is 80 years

And you get to be alive during the Donald Trump presidency

As we bask in the moment for a while, we must turn our attention to make sure that every single POS that was part of the plot to overthrow our President faces the full extent of the law. Our Lord will make sure they face justice for all of eternity. However, they need to spend the remaining time on this Earth in prison and if released as a prisoner in their own home.

There WAS a CONSPIRACY, a COVER-UP, and attempted COUP. It was done by Comey, McCabe, Ohr, Clapper, Brennan, Rice, Strzok, Page, Yates, et al. None of those ppl are in @realDonaldTrump world. Not ONE. Hold them accountable for abuse of power. No one should be above the law.

The evidence of the coup has been there in plan sight. It was all executed by the POS that called himself our 44th President.

Strzok: “The White House is running this” pic.twitter.com/DLB0dQ0jgt

August 5 Strzok texts: “The White House is running this”

The very next day, Hillary tweets this: pic.twitter.com/hiMgRZxoVx

The MSM did everything they could do over the last 2+ years to convince Americans that our President was guilty.

WATCH: Mainstream media talked about Russia collusion, a conspiracy theory, for over two years. Yesterday the Mueller report proved that there was no collusion between Trump and Russia pic.twitter.com/eXf9oQlY6c

The White House is making sure that the general public understands the magnitude of what occurred.

.@PressSec Democrats & liberal media should be embarrassed over their behavior; it’s not that they just reported & spread slanderous, malicious lies but they hoped for a takes down of a sitting President Everybody in America should sit back & process that pic.twitter.com/A0SiL66yUd

Rudy Giuliani and others understand that the moment is right in front of us to make sure justice is served. In the next few weeks we will know what direction AG Barr has decided to go in.

Giuliani Calls for Investigation into Origins of Trump-Collusion Allegations👇 https://t.co/lNRHhLVPDQ

Former New York City mayor and Trump attorney Rudy Giuliani is calling for an investigation into the origins of the collusion allegations against the Trump campaign.

Speaking with Fox and Friends this morning, Giuliani said he wanted to see an investigation into who “invented” the collusion accusations.

“This had to come from somewhere. It didn’t just come out of thin air,” he said. “I want to know who did it, who fueled it, who paid for it, because the person who did it, and the group who did it, knows it’s untrue because they invented it.”

Americans in large numbers will want to see justice served for what was done to our President and our country.

“The FBI unleashed its powers on a candidate for the office of the U.S. presidency, an astonishing first. It did so on the incredible grounds that the campaign had conspired to aid a foreign government. And it used the most aggressive tools in its arsenal” https://t.co/CSCtB0eEXf

Attorney General William Barr has reported to Congress that special counsel Robert Mueller has cleared President Trump and his campaign team of claims of conspiring with Russia during the 2016 election. This is more than an exoneration. It’s a searing indictment of the Federal Bureau of Investigation, as well as a reminder of the need to know the story behind the bureau’s corrosive investigation.

As for those trying the angle that collusion existed but poor little Mueller just couldn't find it: please. That may be the most embarrassing & insulting excuse of all. For 20 months, all we heard was he had assembled the most aggressive & skilled team ever. This is what they did pic.twitter.com/vJQk8uhxER

Kimberley Strassel hit it on the nose in her tweets below.

2) If you are going to investigate a presidential campaign, and on a charge as grave as collusion, and with the heavy-handed tactics the FBI employed–you'd better have a highly convincing reason to act. The Mueller report is a judgment that never was any real evidence.

4) If Mueller has done his job, he will address some of this. But the real accounting needs to come from a full declassification of FBI/DOJ probe docs. Mueller report is only half the story. Time to go back to the beginning, to how we got a special counsel in first place.

PDJT and our country needs us more than ever!

View all posts by fleporeblog

117 thoughts on “We Stood By Our President Through It All! The Fight Has Just Begun & Our President & Our Country Need Us More Than Ever……”